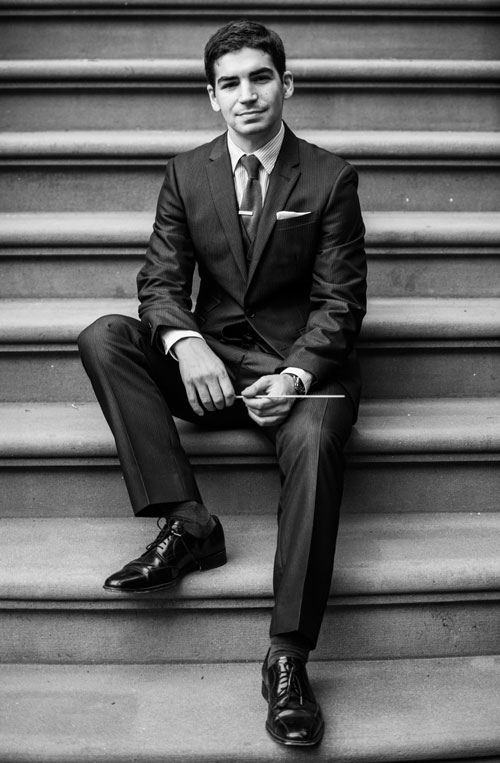 He has held positions as Associate Conductor of the Greater Bridgeport Symphony (2014-16), Music Director of the Delphi Chamber Orchestra (2011-2018), and Director of the Young Artists Philharmonic (2013-2019), a regional Youth Orchestra based in Greenwich, CT. In the Fall of 2019 he will begin an appointment as Conductor of the Idyllwild Arts Academy Orchestra in southern California. As a guest conductor, he has made recent appearances with the Redlands Symphony, Norwalk Youth Symphony, Yonkers Philharmonic, Pazardjik Symphony (Bulgaria) and Symphony by the Sea.

A strong advocate for music education, Robbins has extensive experience working with a variety of Youth, Secondary, and Collegiate ensembles. He has made conducting debuts at Yale School of Music, NYU, and lectured at Mannes College: The New School for Music. During the summer of 2015 he began an appointment to the conducting staff of the New York State Summer School for the Arts, in a program presented in conjunction with the Philadelphia Orchestra. He was formerly the education director for the Geneva Music Festival.

Robbins is active in the worlds of Jazz and Popular Music, recently conducting the debut album of the Assembly of Shadows Jazz Orchestra, and premiering Miho Hazama's "Jazz Mass" at St. Peter's church in New York City. In 2018, he led a performance at Brooklyn Academy of Music featuring John Cale (formerly of Velvet Underground) and the Wordless Music Orchestra which gained wide acclaim from The New York Times, Rolling Stone, and The New Yorker. In 2018 he also led the Video Game Orchestra in a sold out concert at Anime Boston. In the world of film and tv, he was the “conducting coach” for Gael Garcia Bernal, star of Amazon’s hit Mozart in the Jungle series.

As a chamber musician, Robbins has performed with such luminaries as David Frankl, Clive Greensmith, and Ani Kavafian, among others. He has also collaborated with members of the Tokyo, Linden, and Attacca string quartets for concerts at Carnegie Hall and the Norfolk Chamber Music Festival.